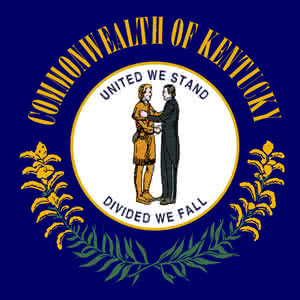 It’s happening and there are no two ways about it – Kentucky moved a step closer to legitimizing its sports betting and poker industries.

Kentucky’s relationship with sports betting and online poker is fraught. Following the Black Friday events, the state went for blood, targeting PokerStars – a culprit in the eyes of lawmakers.

PokerStars ran its operations unchecked for five years between 2006 and 2011, causing the state “damage,” or so a recently dropped lawsuit claimed. Seeking repercussions, Kentucky wanted to force PokerStars into paying $870 million.

The case was deemed a no-go and dropped recently. Still, PokerStars is a black sheep and even amid the reinvigorated push for a legal poker and sports betting industries (to mention nothing of DFS), the company is looked down upon.

So, what’s H 175 and why exactly do we think Kentucky’s prospects of rolling out all iGaming, poker and sports betting segments online seems like a very real possibility to us?

House Bill 175 is the brainchild of Rep. Adam Koenig and quite the attempt to fix everything that’s wrong with the state’s undetermined legal status for poker games and other segments.

The bill plainly states that all verticals offered by offshore operators will now be run legally with the help of the state, including:

Sports wagering would be regulated by the Kentucky Horse Racing Commission and the Kentucky Lottery Corporation would be in charge of all online poker, the bill suggests.

To acquire a license, any prospective business owner would have to volunteer $1 million in ready cash first.

Kentucky’s sports betting prospect are contingent upon what the state’s neighbors do. For the most part, Commonwealth Economics, an analytics firm, found out that should Kentucky go first with legalizing sports betting, it would generate around $48 million in tax revenue.

This figure is about to drop to about half, at estimated $20 million a year, should all other states push ahead with their own legalization. So far, other likely states to pass sports betting around Kentucky include:

As the map tells us, nearly all states around Kentucky are pushing ahead with their own legal framework for sports betting. This means that Kentucky’s tax outlook will be the latter.

A Vote in the Committee

Mr. Koenig stepped down to offer his colleagues a chance to debate the bill which passed without opposition. Though not everyone fully agreed, the members of the Committee were cognization of gambling’s growing popularity and the importance of being first.

A successful vote in the Committee has definitely been a much-needed incentive, but with the legislative session closing on March 29. The biggest hurdle is to convince the House of Representatives to pass the legislation.

Where’s the trouble with that? At first blush, the House is dominated by Republicans, and Mr. Koenig himself is a Republican, so it should be an easy sell, but trouble stems from within the caucus.

Not all Republicans are willing to back the bill as they find gambling morally objectionable. Even then, Kentucky’s residents are going to continue either placing wagers at offshore operators or going to neighboring states.

We’ve given this example before, but we will use it as a reminder. Pension funds around the world often rely on gambling proceedings. This is especially the case in Switzerland where the pension fund is supported by the domestic gambling industry owned by local operators.

Kentucky can also use a patch-up on its own pension fund. Estimated $39 are needed to balance the budget deficit opened by lack of funds in the retirement fund. Mr. Koenig was plain about what he thought:

‘I don’t know yet, to be honest,’ when he was asked if the bill can pass. A colleague of his, Chris Fugate was openly against the bill, saying that a lot of representatives were opposed to the bill.

However, the House is hardly just made up of Republicans with Democrats generally taking a more liberal stance on gambling legislation. Partisanship is not a determining factor here.

What About Bad Actors?

Mr. Koenig’s bill is well-adjusted to reflect sentiment in Kentucky. Even though the PokerStars case is no more, the bill specifies that bad actors wouldn’t be allowed into the state.

PokerStars was in fact “a bad actor” running its activities in Kentucky between 2006 and 2011 without a proper permit. Here’s what H 175 said:

The vendor has not been convicted of a violation of the Unlawful Internet Gambling Enforcement Act of 2006, as provided in Title 31 of the United States Code, sections 5361 to 5366.

In light of this, PokerStars seems as an unlikely entrant in the state, but this could be damaging to the long-term prospect of Kentucky to generate revenue via PokerStars, which is one of the largest networks in the United States- even though not as far-reaching, because of a restrictive legal climate.

Taxing Businesses and Looking at Opportunity

The bill proposes a very mild sub-10% tax for all land-based wagers and nearly 15% on all activities that involve online wagering. It’s a common prospect to tax online operations slightly steeper since they are expected to slash a lot of the costs that regular operators use to keep lights on and staff paid.

Taxation would be of no particular case in this issue. Given the divisive climate in Kentucky, it’s not unlikely to see lawmakers influenced by the Department of Justice revised Opinion of the Wire Act.

In light of this development, it’s likely to see opposition prove to great for the House to clear H 175. Even though the Opinion is unlikely to do much damage given the opposition it has faced already, it may be used as a way to weaponize lawmakers against H 175.

The clock is ticking on Kentucky’s best shot at legalized sports betting and online poker.