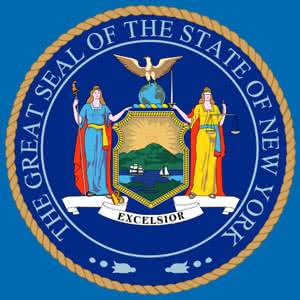 Online poker players in New York who were hoping to see regulation move forward in 2019 will likely have to wait to see what happens with sports betting first.

A hearing in Albany last Wednesday that focused on sports betting with a mobile component proves that Empire State lawmakers have much more interest in making progress on legislation of that nature. The hearing was before the Senate Standing Committee on Racing, Gaming and Wagering chaired by Sen. Joseph P. Addabbo, Jr.

If that name sounds familiar to poker players, it’s because Sen. Addabbo is also behind an online poker bill that was introduced in January. Addabbo took over the reins of the i-poker efforts of Sen. John Bonacic, who cashed in his chips and retired before the calendar turned to 2019.

Clock is Ticking on Session

Roughly one month after Addabbo introduced his online poker proposal, Assemblyman Gary Pretlow put forth a companion i-poker bill. Neither of those bills have been called for a hearing during this legislative session, which is scheduled to run until late June.

While there are still six weeks remaining in the session before lawmakers adjourn, it’s a good bet that online poker won’t be among the prioritized topics of discussion. Not with sports betting and its potential revenue stream on the agenda. Regulated wagering on sports will be much more lucrative for state coffers than online poker could ever be.

Sports betting can possibly be a $1 billion market in New York due to the state’s population of about 19.5 million. The state ranks 4th out of the 50 states, and it would be the largest state to authorize sports betting.

And while legalized sports betting got a huge shot in the arm when the US Supreme Court overturned PASPA in May of last year, regulated poker is seemingly going in the opposite direction following the DoJ opinion released in January that concluded that the Wire Act applies to virtually all internet wagering that crosses over state lines.

That opinion is currently being challenged in the courts, but it has done plenty to hinder the progress of online poker legislation under the state-by-state format that was made possible by a 2011 DoJ opinion. It was an opinion that concluded the opposite of the most recent 2019 ruling. New York might well be Exhibit A of that hindrance considering that Empire State lawmakers have been toying with passing online poker bills since 2012.

The i-poker proposals in New York include language that permits the state to partner with other states in order to improve online poker liquidity. But it’s those types of partnerships that may be most in jeopardy under the newest DoJ finding since wagers across state lines appear inevitable in such an arrangement.

So sports betting is now the hot topic – and with good reason. Using New Jersey as a model, an established and non-partnered New York online poker platform would take in an estimated $4 million per month. Estimates peg sports betting to be worth around 20 or so times more – somewhere in the neighborhood of $80 million monthly.

New Yorkers who enjoy online poker and are clamoring for legislation are out of luck – at the moment. It may be better to hope for sports betting to get sorted out and authorized first, with perhaps online poker and gambling eventually tagging along.