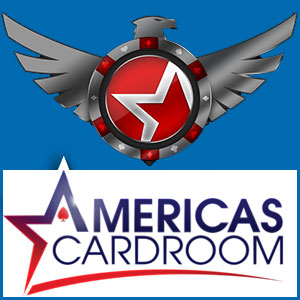 Poker players looking forward to three more Million Dollar Sunday tournaments at WPN this month should note that the start time has been changed to 5:00 pm.

Two of the the first five of the $1 million guaranteed tournaments scheduled in September and October went off at 3:00 p.m. ET, but the next three will now kick off at 5:00 p.m. ET. The change was apparently made in order to appease football fans throughout the U.S., particularly those on the West Coast who weren’t too excited about the tournament’s 3:00 p.m. start time, which was 12:00 noon Pacific Time.

If you’ve got an alert for the Million Dollar Sunday set in your iPhone, it’s time to adjust it, said Americas Cardroom spokesman Michael Harris. We’re moving it to 5:00 p.m. ET effective this Sunday, and we’re moving The Sunday Special to 3:00 p.m. ET. Our new start times should help more players find a seat.

That Sunday Special, featuring a $115,000 guarantee, previously kicked off at 4:00 p.m. ET. The event got moved up an hour so the two big tournaments won’t overlap as much.

WPN, of course, is U.S.-friendly and is the only poker network that offers those $1 million guaranteed prize pools to American players. Americas Cardroom and Black Chip Poker are the top poker rooms within the network and all offer 100% up to $1,000 deposit bonuses for first time players.

The last two Million Dollar Sunday tournaments had overlays over $200,000, an awesome bargain for players. Let’s see what happens at next Sunday’s event on October 11, and if the time change makes a difference.

What also might make a difference is that WPN managed to stave off an attempted DDoS attack last Sunday, as the computer hackers who seem intent on targeting the Million Dollar Sundays caused only a mild pause in the action. Perhaps players who had been put off by the recent attacks in previous weeks will make their way back to the action now that WPN seems to have the issue under control.

Remember that the first place prize for Million Dollar Sundays is $200,000 guaranteed. That’s life-changing money and enough to make the dream come true for those who hope to make the transition from amateur to professional poker player.

Your journey down that road has to start somewhere and a Sunday afternoon and evening in October at Americas Cardroom just might be the place. Take a look at our reviews of WPN sites such as Black Chip Poker and ACR and decide if those poker sites fit both your ability and desires.